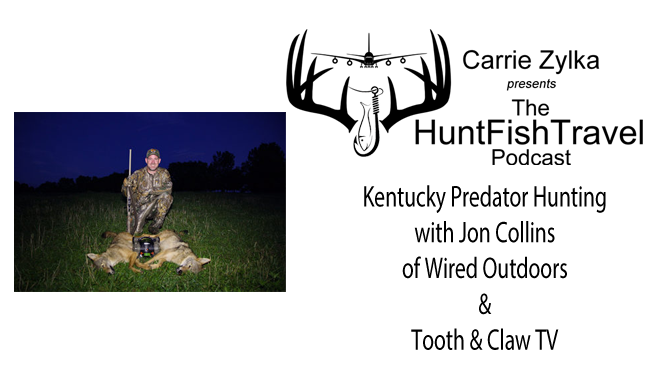 (Psst! Support the show by sharing this episode to facebook/twitter – thank you!!)

Jon Collins tells Carrie about his home state of Kentucky, and why it’s truly a gem to hunt. Then they discuss tactics for hunting coyote and why it’s more humane than you would think.