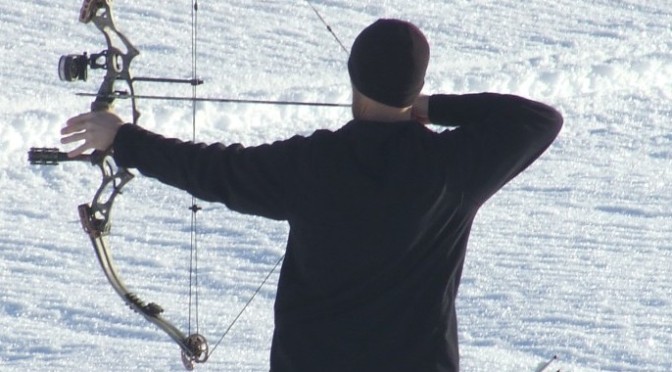 A few weeks ago I stepped out of my house to do a little archery shooting. It was a beautiful fall afternoon. I stepped up to the line and knocked an arrow, pulled back, settled into my anchor and watched as my arrow found its mark. I shot another dozen arrows with similar results. And then it happened. I drew back and found my anchor point. I started to settle my pin on the X and then I did a whole body convolution as I jerked the trigger on my release. I said to my self “What the HELL was that?”.

I grabbed another arrow and tried another shot. This time my moves resembled a John Travolta move in the movie Saturday night fever. At this point I knew what was going on.

About 10 years ago I picked up the disease called “Target Panic”. For the most part I have been able to keep this disease in check with only a few flare ups every once in a while. This “disease” (for the lack of a better term) has probably caused more archers and bow hunters to give up the sport then any other factor. It can be debilitating to your accuracy and will quickly drain the confidence and nearly al the fun out of shooting a bow. Luckily there is a cure.

First you have to determine the symptoms of target panic. It can be as simple as having your pin freeze on target and not being able to move it to the spot you want to hit. Or as severe as slam the trigger as hard as you can when your pin hits the mark bell bottom, disco ball move that I do so well.

So now that you know what it is, how do you fix it?

Admit you have a problem.

This was a hard one for me. I am stubborn and bull headed and didn’t want to admit that I had a problem. I didn’t want to be that guy at the range that everyone was pointing fingers at and talking behind my back. I was immune to this disease; I was too good to catch it. Well I have to admit that was a hard pill for me to swallow.

Focus on your form; not accuracy.

Revisit the basics. Make sure you establish a comfortable shooting routine. NEVER shoot to the point that you become tired. Fatigued induce this disease.

Learn to release an arrow using you back muscles. This type of shooting is also called back tension. So what is back tension? Back tension is pulling the string into the valley of your bows cams adding additional force. The additional force (usually only a few extra pounds) is then transferred to a trigger or the rotation of the release causing it to fire without having to consciously pulling a trigger. Wow that was a mouth full. In simpler terms, using you back muscles to subconsciously fire the shot. 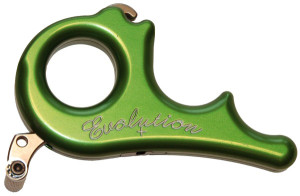 While shooting we only have the ability to consciously focus upon a single task at any given time. While shooting we only have the ability to focus on pulling the trigger, or to focus on aiming. The best way to do this is to learn to shoot with a surprise release. The best tools for learning how to execute this type of shot are release aids with out a trigger. The one that I use is the Carter Evolution. This release is a true back tension release which fires from increasing pressure on my draw valley while using my back muscles. I have to admit when I first started using this release I absolutely hated it. It goes against everything that I had become comfortable with. Now I have become comfortable with it and can shoot it quite well.

If you decide to try this release I suggest learning to use it while standing about 5 feet from the target with your eyes closed. This is called blank bale shooting. By doing this you take away the act of aiming and you can focus on pulling through your shot. Once you learn the way a proper shot should feel then you can open your eyes and try and replicate that same feeling.

You don’t need to spend a lot of time or shoot thousands of arrows into a blank bale to make progress. Practicing a dozen high quality shots on a blank bail every day will produce better results then shooting thousands of arrows at a target trying to spread your concentration over several facets of a shot. Every time I start having trouble or need improvement in some aspect I pull out the Evolution and shoot a couple dozen blank bale shots. I want to get to the point that I don’t “cause” the shot to happen, it just happens.

Target panic is a severe disease that I wouldn’t wish upon anyone. It can be debilitating if you let it go to far. The trick is to recognize the symptoms and get a handle on it before it gets a hold of you. I still have the occasional flare up every now and then but I have learned to control it. Thankfully it is a curable disease because lets admit it; nobody looks good in a pair of polyester pants no matter what kind of moves you’ve got.

One thought on “3 Steps to Cure Target Panic”