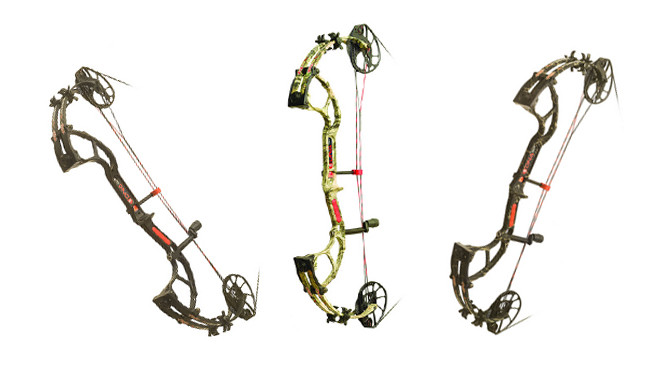 2013 PSE Dream Season DNA was a very popular bow; they manufactured a new riser that was stronger and lighter but still managed to push the super-fast IBO speeds PSE is known for.

But for most of us, a smooth draw is what we really want, and as a woman, I don’t want to have to fight with what in my opinion was an overly aggressive cam.

PSE took the popular Evo Cam and engineered it to work with center pull geometry; and the PSE Source Hybrid Cam was born.

In response to thousands of emails and letters and feedback from its customers, PSE created the new SP cam system. SP would of course stand for “Smooth Pull”.

One particular note of interest was the different brackets for your sight which was awesome.

With the sliding draw stop peg, comes the ability to customize the valley length and I found that the short valley eliminated creep.

I did feel a mild vibration when I shot but once I put on a stabilizer it evened itself out.

It’s a shame it does not come in Realtree, if it did, it would be a serious contender for me.

Performance: It performed very well, it was relatively light and I could draw without over extending myself, it is unfortunate that the speed decreased in this model.

Ease of Use: The draw was noticeably smoother than its predecessor.

Versatility: This bow could be easily used in different shootings styles.

While you’re here, check out the current and previous CarrieZ’s Hunting, Fishing & Otdoor Podcast episodes and don’t forget to leave a 5 star review on ITunes.