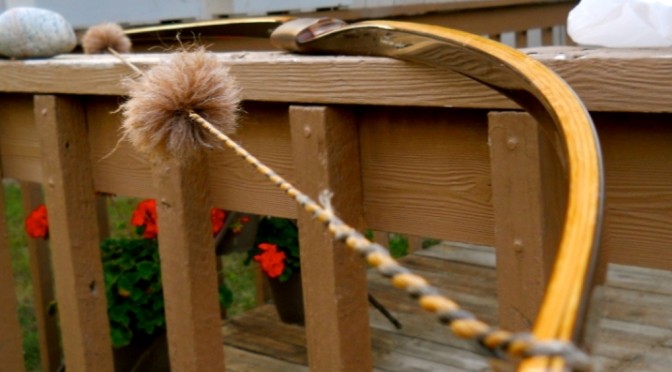 You’ve probably read about us in magazines. We’re the guys that do things a little bit differently than everyone else. The old fashioned; the romantics, the guys who are still wearing plaid shirts and bringing heirlooms into the woods. The “odd ducks”

We shoot a little differently than you – without releases, sights, and let-off and our groups aren’t nearly as tight at the range, but our quivers are never empty and we always have a story. More importantly, we always have fun with our bows in hand. Always.

We are hard to forget once you’ve seen us. Whether out of foolishness or admiration, it doesn’t matter. The seed has been planted and you are probably wondering what we’re all about. At some point you’ll start asking questions and that’s when we set the hook.

Traditional bowhunting is a very challenging endeavor. It can be overwhelming or intimidating to most, but possible with the proper guidance and encouragement. By identifying and explaining the key differences between both worlds, I will give you the building blocks necessary to begin. Let’s get started!

There are several different kinds of bows, but the primary two are recurves and longbows. The differences between the two lay within the limbs. Recurves are generally shorter with larger risers and a wider working limb. Their tips curve outward at the ends and maintain that curve when strung so that the string makes contact with the belly of the bow. The benefit of a recurve is arrow speed and a smooth cast despite the shorter length. On the other hand, this also makes them noisier. You will need to pad the belly of the limbs with moleskin or Velcro where it contacts the string and use some kind of string silencer to keep them quiet.

Longbows are long and slender with more working limb and less mass in the riser. There are many different styles of longbows. Some (like the reflex/deflex models) even resemble recurves. There is a great deal of debate surrounding the definition, but most can agree that if the string does not touch the belly of the bow when braced, the bow is a longbow regardless of grip, length, or profile. Regardless, longbows are light in the hand, extremely quiet, and easy on the fingers due to their length. I happen to prefer the longbow for these reasons. I love the way they feel in my hands.

Drawing with your fingers

There is nothing like the feel of the string beneath your fingers while drawing a bow. It is unfortunate so many know what this is like due to the invention of the mechanical release. The two couldn’t be further apart on the spectrum. Releasing with your fingers is difficult at first. You can torque the arrow off the string, pinch the nock too tightly between your fingers, miss your anchor, or even release prematurely. You could spend your entire life working on your release and still mess it up frequently, which is why it is such a special part of archery.

To master it, the first thing you’ll need to choose between a shooting glove or tab. A glove is fairly self-explanatory though there are different types. Tabs are basically a small slab of leather with a hole for your middle finger. They are kind of like a mitten in a way, but the surface is slick and they cover nothing but the tips of your fingers. Both can be ordered in different thicknesses depending on the amount of string tension you want to feel. This is something you’ll have to figure out on your own. Tabs are known for a cleaner release, but can be cumbersome in the field when drawing on game. Gloves aren’t quite as clean, but they are easier in the field and allow you to feel the string while drawing.Regardless of what you pick, it is wise to stick with it unless shooting becomes uncomfortable. Traditional archery is all about consistency. If your gear is inconsistent, your mechanics will be inconsistent. Find what works and stick with it.

A Firm Anchor and a Stable Bow Arm

A well-established anchor point and a stable bow arm are crucial archery elements regardless of what kind of bow you shoot, but leather fingers digging into the corner of your mouth is an odd sensation. Dropping the string instead of clicking a button or trigger will also feel foreign, but you’ll adjust with practice.Establishing a stable bow arm is also crucial, regardless of the bow. The only real difference is the way a traditional bow impacts or (shocks) the arm upon release. The riser, limbs, and cams of a compound bow are engineered to provide a stable shooting platform for the archer and eliminate hand shock. Modern traditional bows are also designed this way, but you can only go so far. Traditional bows rely on their limbs to transfer energy to the arrow. No matter how well a traditional bow is designed, the bow will shock the arm somewhat. Traditionalists refer to it as the “thump” and do so lovingly as it is part of our connection with the bow. You’ll learn to love it as well and miss it when its not there.

The concept of aiming is difficult to explain for traditionalists. It can be as easy as looking at something and shooting it, or as difficult as analyzing the gap between the point of your arrow and the bullseye to calculate trajectory. The former is referred to as “instinctive shooting” and is the method most of us prefer (though the definition is extremely subjective). The latter is known as “gun-barreling” or “gap-shooting”. I won’t even attempt to recommend either, but can tell you I’ve tried both and find instinctive shooting far simpler to comprehend. You get accustomed to the flight of your arrow out of your bow, you memorize your trajectory at different yardages with that setup, you focus on a spot, and you shoot that spot. It is that simple. Regardless of the method, once you get the process down, it is as easy as “point and shoot”.

I’ve always thought the primary perk of a compound bow was let-off. The ability to draw a heavier bow and keep it drawn for an extended period of time cannot be duplicated by any traditional bow, which implore muscle alone. Given this fact, there is a lot to consider. For starters, it is important you don’t start off with a bow that is too heavy. Even if you are drawing an 85# compound, I wouldn’t recommend starting with anything higher than a 50# traditional bow – something you have no problem drawing and holding for at least three seconds.

When picking your poundage, be sure to measure your draw length ahead of time and pay attention to the markings on the bow you wish to purchase. If a bow is 50# at 28”, it is going to pull around 56# at 30” (depending on the bow). This is called “stack”, as the bow adds weight as you travel passed it’s marked draw length. Contrarily, a bow will draw less than marked at a shorter draw length. The general rule of thumb I’ve observed is 3-4# per inch either way. Choose accordingly. The worst thing you could possibly do is to choose a bow that is too heavy for you.

Now consider that three-second draw I mentioned. There is no extended draw time in traditional archery. A three count is considered to be a fairly long draw by many traditionalists and most don’t make it past one. The longer you hold, the more fatigued you become, and the more you think about the shot. The drawing sequence is different due to the shorter window. It won’t take long to adjust, but it is an adjustment nonetheless. Once you’ve made that adjustment, you’ll find that the rest is fairly similar. The tension should be on the back, the elbow should be aligned properly with the bow arm, and everything should be working fluidly. If it isn’t, your body and your arrow will let you know.

Recognizing the differences between compounds and traditional bows is one thing; understanding how these differences affect you in the woods is another. We’ll discuss chasing game with traditional tackle next month here at WWOCZ. Don’t miss it!

Nick lives in Rockford, Michigan and has been hunting with traditional gear since 2009. He maintains the website www.lifeandlongbows.com and is heavily active within the Michigan Longbow Association. Follow him on Twitter @Nick_Viau

4 thoughts on “So You Want To Try a Traditional Bow…”