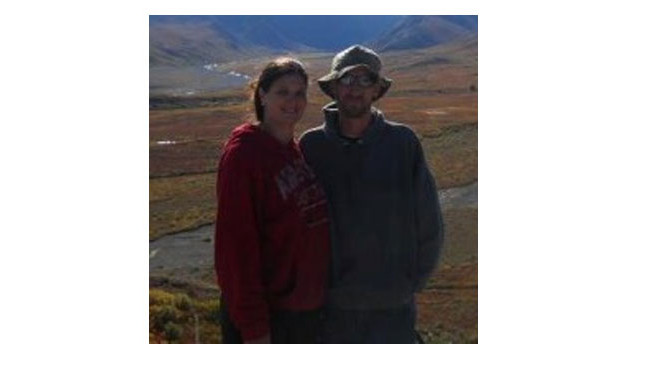 Hello outdoors world!! Welcome back to the 2nd installment of “The Willes Way” blog. For My first actual blog, not including my little intro, I decided to go with something near and dear to my heart. Some of Wisconsin’s most deep rooted outdoors traditions. Since my life seems to be one outdoors tradition after another, I am going to run through some of the traditions that I have been privileged to witness over my years spent hunting and fishing this fine state. And hopefully, this will help you all know of where I came from and learned what I know.

I LOVE to talk about a lot of these subjects and have been known to go on for hours talking about them to people that have never heard of, or had the chance to experience. So if I get a little wordy, feel free to reach your virtual arm through you computer screen and slap me across the head and say “GET ON WITH IT ALREADY!” 🙂 I could probably write a book on this subject, but I will avoid going too long. Besides if I spilled ALL the beans I wouldn’t have any beans for later! OK, OK, I will get on with it. Since there are so many, lets just start at the beginning of the year.

January Known to most as the coldest part of winter here in Wisconsin, the month that no one in the right mind would want to even go to their mailboxes in. But to some the powers of the outdoors still wield great strength over a proud few. A magical transformation takes place across the state, signalling the switch from hunting, to fishing. The lakes across the state start to freeze over with anywhere from a foot to 3 plus feet of solid ice. Enough to drive large trucks on. Lake Winnebago; the largest lake in the state next to Lake Michigan, changes even more dramatically. It has its own traditions and roots and the way I see it, becomes it’s own little country for the next couple months. On lakes all over the state shanty towns spring up. on what once was flowing water, now resembles a snowy field with ice shanties as far as the eye can see. In Wisconsin, it is legal on most lakes to leave a permanent ice house the entire season. They are placed around good structure and left there for some time to fish out of. The good structure on a lake is hard to come by, so they tend to cluster together in what I always called “shanty towns”. Seems everyone knows everyone when it comes to these little temporary towns, and they all have their own traditions.

But as it gets into February, Winnebago changes one step farther. Armies of pick up trucks invade the lake with large, insulated, wood framed shanties in tow. They are here for the biggest ice fishing tradition in the state. Sturgeon spearing! I like to refer to it as “The long wait”. I like to compare it to duck hunting through a chimney. Thousands of Sturgeon hunters flock to Lake Winnebago and its up river lakes, Winneconne, and Poygan, for their chances at bagging this prehistoric fish. Sturgeon spearing is a very deep rooted tradition for many Lake Winnebago residents. Some have gone 20 years without even seeing a fish, others have been luckier. Full Metal Outdoors pro staffer Shad Masaros’ family is one of those families. His Father Stan Masaros bagged a 160# (not sure of exact weight) brute on Lake Poygan some years back. This past-time is often handed down through the generations, and as in any family tradition, Everyone has their own particular traditions. From the meal they all share on the eve of opening day, to which weigh station they got to after the morning, to watch the lucky ones register their catch. Even The people that don’t spear, find themselves hanging out at Sturgeon registration stations, in hopes of catching a glimpse of these dinosaur fish.

But eventually the snow starts melting and the large river systems start to flow once again. This is the time that the Wisconsin sportsman’s mind turns to the river. For us spring time means walleye on the mighty Wolf River. The Wolf is a feeder river system for the Lake Winnebago chain. When Lake Winnebago’s extensive fishery spawns every spring, most of the fish travel up river through Oshkosh and then the up to the river lakes. For some species, such as walleye and lake sturgeon, they travel all the way to the Wolf River system. The first to come up are the walleye. Walleye are considered some of the best table far of all freshwater fish. So it comes to little surprise that they draw the most attention for fisherman.

Walleye fishing on the Wolf River in the spring has led way to a rather unusual fishing tradition. River rafts. As one of the last places in the country to allow this tradition, it is definitely a family affair. Imagine this. Build yourself a hunting cabin out in the woods. Just a small, modest one room cabin, with a small kitchen area, a table and a few bunk beds. Build a comfortable sized patio deck off the front; big enough to fit some chairs for sitting. Then put a whole bunch of 55 gallon drums under it, strap them to the bottom and push the whole darn thing in the river. Sounds complicated? Don’t worry it is WAY more complicated than you think. To a lot of families in this area, this is one of their most deeply rooted family traditions. Their grandparents built it, there father now maintains it, and the youngest generations are now learning the way as well. It takes a lot of time and work to keep these floating fishing palaces afloat, but as a place of family bonding, it is worth the work to most. Most fishing rafts are pulled out after the walleye and fantastic white bass fishing is over in May. But others leave theirs out for the excellent cat fishing that the Wolf River has to offer, or to serve as a summertime cabin to bring the family out to.

With so many things to do in the summertime here, it is impossible to narrow down the traditions. Everyone has their family trips and reunions, annual camping trips, and 4th of July outings and I wont spend a lot of time on it. Besides when summer is starting to wane, sportsmen around here exchange their shorts, t-shirts, and deck shoes for camo and waterproof boots. By the time mid August rolls around, every archer, turkey hunter, waterfowler and small game assassin’s passion has hit a frenzy! With only weeks to go before the hunting season here starts, archery shops and sporting goods stores state wide are busy. Most importantly, the next generation are honing their skills for their first year as hunters.

Deer hunting in Wisconsin is the most ingrained, deeply rooted tradition in Wisconsin. If you don’t believe me, just watch a home Packers game in the winter time. In most stadiums, even the cold weather ones, the main color you see in the stands is that of the home team. Not at Lambeau! I have been to many games and can verify this as fact personally, the main colors you see is blaze orange and camo!

Close to a million wisconsin sportsmen take to the woods and fields of this fine state to partake in arguably the best whitetail deer season in the world. Schools shut down and factories close for the weekend of the gun opener to accommodate the numerous weekend warriors, that live for this short 9 day period. To some, my family included, it is like a mini family reunion. Numerous generations gather in deer camp and enjoy each others company, reminiscing past years and past hunts. The uncountable conversations that begin with the words “hey, you remember that one time…” The number of opening weekend of gun deer season traditions are as numerous as the amount of different deer camps there are. But there are numerous common threads that bind this hunting culture together. Friends, family, and memories are the more important than the trophies taken out of the woods every year. It is so ingrained into my family history, that I will not live full time in another state. My worst fear imaginable is missing opening day, that magical day that falls the Saturday before Thanksgiving.

I hope you have enjoyed my little run down of Wisconsin’s enviable outdoor traditions. It is topics such as these that I will be sharing quite frequently on my blog. Family traditions can make or break this outdoor culture of ours. So any traditions you may have about being one with nature, whether it is hunting, fishing, camping, hiking, whatever you enjoy doing, make sure you pass it on to our youngest generations. They are the ones who will carry on the legacy that our past generations have built.

In my next installment, I will be featuring one of my own personal traditions that I have started and passed to my family. Every July we venture to Nicolet National Forest in Oconto County, Wisconsin and fish remote lakes for snapping turtles! This may not be as popular of a tradition as the Thanksgiving deer hunt, but let me tell ya, everyone I have introduced to this tradition, has a blast!

Thanks for reading! I look forward to your feedback and I will always be looking for ideas for up coming blogs! So get out, enjoy nature, and start some great traditions of your own!! And then come back and share them with me!! 🙂