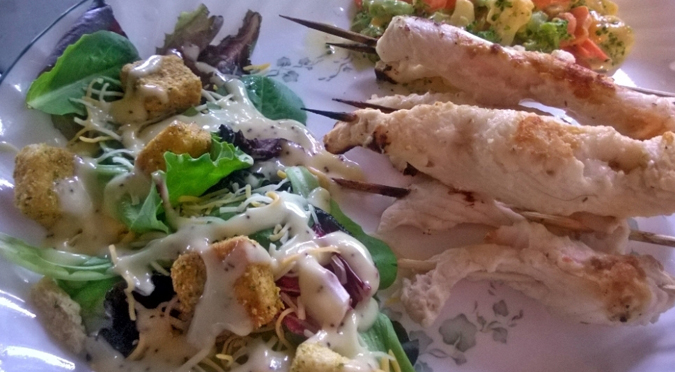 It’s no secret that folks along the Mississippi river and its tributaries are fighting a war with invasive carp. Not only are many states and municipalities at war with the carp, they are having one heck of time finding any effective weapon.

At this point there just isn’t anything that has been truly effective in stopping the invasion of these dastardly fish. Because they are not only invasive but injurious it’s pretty much open season on them in any water where you can find them and they are the most frequent target of many bowfishers.

While most state, federal and municipal agencies tasked with managing this invasion focus more on eradication and prevention, some areas have chosen to turn a negative into a positive.
The city of East Peoria, Illinois took just that approach on July 12th when they host the inaugural Flying Fish Festival. One of the most hated species of invasive carp is the silver carp. These are also known as flying carp, jumping carp, or flying silver, hence the naming of the festival “Flying Fish Festival”.

I recently had the opportunity to talk with Sharon Williams, Peoria County Board member and committee member for the 2014 Flying Fish Festival and Bow Fishing Tournament about the event that was held July 11 and 12.

Williams was happy to share with me all of the fun that’s that took place around those dastardly silver carp. For a variety of reasons, the Peoria area seems to be ground zero for the hordes of invasive silver carp that have been working their way north through the Mississippi river system since the early 1990’s.

The Peoria area has come to grips with the thousands of invasive silvers and is working hard to turn a negative into a positive for the area, and the Flying Fish Festival is just one of many programs and activities in the works.

Williams shared that the festival is about preservation and conservation on the Illinois River, but it’s also about a whole boatload of fun as bowfishers and anglers with all variety of nets try their hands during the tournament to remove as many flying silver carp from the Illinois River as possible.

It’s worth noting that in a 2012 study by Southern Illinois University found that more than 60 percent of all fish in the Illinois River near Peoria were Asian carp. At the time, researchers recommended fishing and eating the carp in order to slow their growth.

The invasive fish can be highly detrimental to habitats they are introduced to, and tend to force out native fish through competition for food and habitat destruction. The US Army Corps of Engineers recently released a report that it may take as much as $18 billion to keep carp out of the Great Lakes. If the species should enter the Great Lakes system, it could spell disaster for the region’s fisheries and associated industries.

Since anglers have also found it next to impossible to catch the filter feeding silver carp on hook and line bowfishing has become the method of choice for sportsmen to take the infamous fling fish. Bowfishers find that the fish’s leaping ability adds a bit more excitement to their chosen method and helps to improve their archery skills as they make for fun and most challenging targets when in the air.

This winning bowfishing teams at the inaugural Flying Fish Festival were:

Clearly invasive carp are abundant, and clearly they are indeed good to eat. The baffling part for many who harvest them by bow, find them in their nets, or simply wind up with a boat full thanks to the airborne antics of the silvers is how to clean and prepare this species.

The Missouri Department of Conservation has prepared one of the best videos instructional videos for cleaning and preparing invasive carp.

As you can tell from the video, the only real “tricks” to preparing invasive carp meat for the table is to remember to remove the less than tasty red meat and to fillet away from those pesky bones.

Because the bones are problematic with invasive carp and because I hate to waste that much meat I also smoke carp whole carp fillets and pressure can them. Once canned or smoked, the bones become very soft much like those found in canned salmon and mackerel. We use this instead of canned tuna.

Here’s a favorite recipe of mine for carp boneless fillets.

Fish on a Stick

Marinate the boneless fillet strips for a period of 4 hours to overnight in your favorite marinade. Italian dressing works fine, as do any of the bottled marinades.

Thread onto skewers and place on a medium hot grill or grill tray turning once during cooking process to evenly brown and crisp up the edges.

Serve with a variety of dipping sauces and they make a great appetizer or main course. Lots of protein, no carbs, no fat, healthy meat and there is a seemingly never ending supply!

For more information about the invasive carp please visit http://www.asiancarp.org/

Don’t forget you can read more articles from Gretchen Steele’s blog “Wild Woman’s Wanderings” here and don’t forget to like us on Facebook.