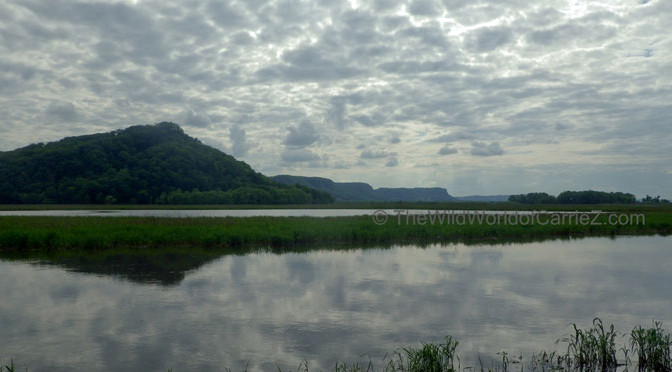 Fall is my favorite season; it’s all about hunting, my birthday, great fishing and HalloIen.  Winter, which comes in at a very close second, is ice fishing, sturgeon spearing and winter cabins. Spring is third and is all about turkey time and spawning time.

While summer is technically my least favorite, this season tends to generate some of the best memories.  To me summer is all about fishing and camping.   Campfires, smores, lakes, brats, relaxing, rivers, visiting etc.

I have truly grown to love my tent.  For the last few years I’d thought about buying a camper but to be honest with you, since I am only comfortable pulling one or the other behind my truck; I’ve decided a fishing boat is the way to go.  I’d be happier tent camping in one of the amazing parks here in Wisconsin and trailering the boat behind in hopes of finding that perfect fishing lake or that perfect sunbathing sandbar.

2012 started a new family tradition on my mom’s side.  We spent Labor Day Weekend  camping and canoeing and decided that at least once a year I’d all get together to go camping. 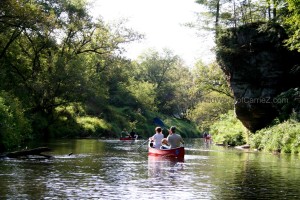 This year I picked a beautiful weekend in June and stayed at Perrot State Park near Trempealeau, Wisconsin.

I don’t believe any of us had been there but I was under the impression it had good fishing; being right on the Mississippi River.  Unfortunately I quickly realized that the park was on the Trempealeau Bay and not on the river at all! 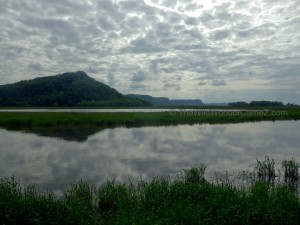 I’d planned on renting a fishing boat in nearby Onalaska Saturday morning but didn’t quite get moving soon enough.  I had a horrible night’s sleep Friday evening.

First there was the train that roared by every hour, ON THE HOUR.  Then it was the barge horns in the river as they approached the lock and dam.  Then it was the pack of coyotes fighting over some poor campers leftovers.  And I don’t know what it is about the outdoors but you’d think I’d drunk three gallons of water right before I went to bed!  Although I do have to say that the bathrooms at Perrot State Park were immaculate every time I went in there.  Nice flush toilettes with warm water and paper towels to dry your hands.  No cobwebs or bugs or any of the other things you find in campground bathrooms.  This was the one thing that really stood out about this campground – I was thoroughly impressed.

Needless to say when I was finally able to fall asleep the last thing I wanted to do was get up at 6am!

So I got a late start, but we were determined to head out and catch us some dinner.  Cousin Ron came along in the morning and Cousin Jay joined us in the afternoon.

It’s been a few years since I’ve been to the Mississippi River and never to this particular stretch.  Shore fishing was impossible.  Despite what the ranger said, we could not find any tangible public area to wet a line on the river itself. 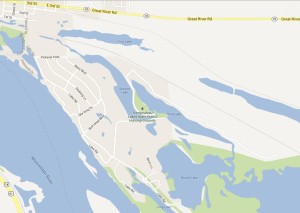 In the days of my youth I can still remember creeping into the mysterious backwaters of the Mighty Mississippi.  It was in these dark sloughs and waterways that you were sure to find brackish water and critters in every corner.  Some of the best fishing of my life has been in these quiet and ever changing fens.

So we were hoping that these three lakes would be suitable since they were technically (in a very long and roundabout way) connected to the Mississippi River.

Hot and muggy, the day was not very pleasant weather wise.  I was extremely glad to have a few ThermaCell’s along!  The mosquitos were swarming, without a strong current these backwater lakes were teeming with breeding grounds.

Trempealeau is a beautiful area.  There are plenty of public hunting grounds and if you have a boat – it’s a fisherman’s paradise.

There weren’t a lot of people out at 10 o’clock in the morning and we had run of the place.

Second Lake had a really nice public fishing pier.  I casted, trying every casting lure in our tacklebox.

The fish were distinctly uninterested in us.  Cousin Ron however was having a jolly old time with the bluegills and perch near the pier, using tried and true nightcrawlers.  “Worm Stealers” were abundant but he did catch a few keepers.

And sometimes, it just doesn’t matter how big they are as long as they’re biting!

We broke for lunch and Cousin Jay joined us.  The park ranger told us there was a lot of shore fishing on the river itself.  That we could walk out onto the lock and dam wall.

Unfortunately that area was under construction and was not open to public access.  The river was very high which also made areas inaccessible.

So we made the decision to head back to where we were that morning.

We drove back to the fishing pier to find it already occupied.  So we continued along the road that led between Second Lake and Third Lake.  I’m pretty sure everyone with a fishing license was out in the area that afternoon.  Finding a spot to throw out a line was becoming more and more impossible.

We followed the road around until it dead ended and found a few breaks in the brush on the south eastern shore of Third Lake that would allow us to fish.

Again with the worm stealers!

I decided to check out some public hunting land nearby and take a quick hike.  Talk about mosquito city – not even my ThermaCell could keep the most determined ones away.

We high tailed it back to the truck to try our luck again.  Both Ron and Jay were catching smaller fish, but as previously stated – at least they were catching something!

That evening was spent around the campfire visiting with family and telling old stories.  Beer and wine and smores and roasted marshmallows filled all of our tummies.

It of course stormed that night so I spent yet another sleepless evening and we were complete zombies the next morning.

My custom has always been to get up, eat some breakfast, pack up and go.  I rarely leave a campground after 11 o’clock.  This morning was no different.

Even though I was utterly exhausted and the weekend wasn’t anything like what I’d thought it would be, I still left Sunday morning happy and feeling blessed to have gotten to spend time fishing with cousins and visiting with everyone around the campfire.

Those always make for the best memories!

4 thoughts on “Worm Stealers, Fishing the Backwater Lakes of the Mississippi River”