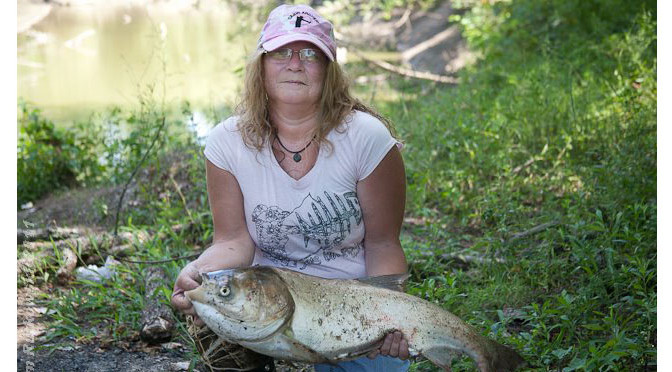 There is perhaps no sweeter phrase to a bowfisher than that of “Fish are up!” In the world of bowfishing that means that the targeted rough fish (carp, gar, drum, bowfin etc.) are in the shallows, or in water where they are easily seen and easily shot. 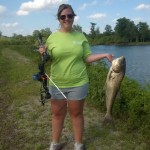 In my last post, we talked about how to get set up and get started bowfishing. Like any other angling adventure, bowfishing is dependent on finding the fish. More importantly, finding shootable fish.

So just where are these rough fish?

Shallow water with good visibility will offer you the best shooting opportunities. After all, if you can’t see the fish, you can’t shoot the fish. In general, your best bowfishing opportunities will be shallow flats, weed beds, backs of coves, marshy areas, and areas with structure.

Other hot spots for bowfishing is below large dams, at spillways, and around areas where creeks and streams feed into the larger lakes and rivers.

During periods of high water and flooding, flooded fields, flooded timber, and near any flood control locks that are discharging water are also excellent areas to find large numbers of rough fish. If it is legal in your area, waterfowl hunting areas and refuges can particularly productive when the water levels are being manipulated. Often many waterfowl hunters swap the blind off their duck boat for a shooting deck during the summer months.

Carp spawns can be one of the best times for beginning bowfishers to start building their skills. Carp spawn occurs anywhere from late March through early July depending on location. During carp spawning periods they move into shallow water and grass beds by the hundreds. They tend to stack up side by side, with their backs, tails, and at time what seems like half their bodies visible out of the water.

Gar spawn works in a similar fashion, and occurs later into the summer months. Look for spawning gar along rock beds, rip rap, shallow coves, sloughs and creeks. The gar will also swim together in groups, lie just on the surface, and it’s entirely possible to end up with more than one fish on an arrow with a single well placed shot. 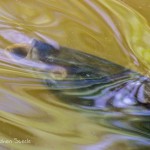 While spawn is considered a bowfishing bonanza, the rest of the bowfishing season can be just as fun if you know when and where to look.

Early morning and late evening are general best times for feeding activity for carp. Look for grass carp and common carp cruising along the edges of the water. Gar on the other hand tend to appear more during the heat of the day when you will see them cruising along the top of the water occasionally gulping air and lazing around stacked up in flotillas that will look like a log jam coming down the creek. Look for gar to also hang around brush piles, downed trees, and right against the bank. 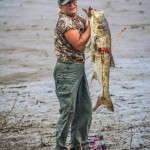 During the hot summer months some of the best areas to find the rough fish can be at dams and below spillways. As always, check all site regulations to insure that bowfishing is legal below dams and spillways and be mindful of others fishing in the area. Never shoot towards anyone that is fishing nearby.

Contact your local Department of Natural Resources or USFWS office. Since many of these fish are considered invasive, our natural resource managers want them removed from the waters and can be quite helpful in providing you with information about the best spite specific places to find injurious and invasive fish to shoot.

Join a local bowfishing club or association. Bowfishing Association of America is a great place to start, and they can direct to clubs in your area.

Visit bowfishing forums such as bowfishingzone.com or bowfishingcountry.com. Both forums hold a large amount of useful information, and can be a most helpful resource for those new to bowfishing. 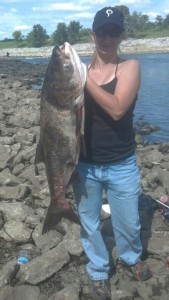 Talk with bowfishing retailers. The staff at Backwater Outdoors – one of the country’s largest bowfishing equipment retailers – have always been particularly helpful with advice about equipment, local clubs, etc. The folks at Backwater love bowfishing, and love sharing their love and knowledge of the sport with newcomers.

Lastly – ask other anglers. Quite often sport fish anglers will gladly tell you where they ran into swarms of rough or invasive fish. They are happy to see people out removing the injurious fish and helping to make sport fishing habitat better and less overrun with “trash fish”.

Next post we’ll talk about the now famous flying silver carp that have become the scourge of the Mississippi and its associated tributaries. Those scourges of the waterways can take your bowfishing to a whole new level of adventure!