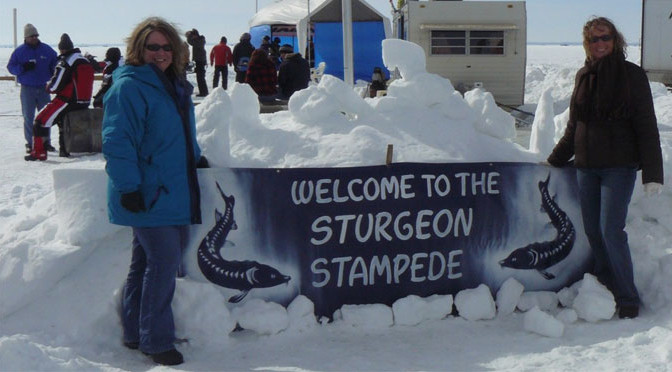 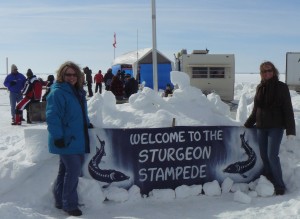 The Winnebago System Sturgeon Spearing Season kicks off tomorrow and anglers are giddy in anticipation of the ultimate cold weather hunt.

Wisconsin Sturgeon Spearing is a tradition handed down or attracting new spearers dating back eighty years.

In 2012 the DNR changed the traditional spearing hours.  For years it’d been a sunrise to sundown season, but the DNR decided to go with a 6 hour spearing day; starting at 6:30am and ending at 12:30pm.

This shorter timeframe allows DNR officials a more accurate and timely harvest count before calling the end to the season once the harvest cap has been met.  It also helps anglers avoid overharvesting.

Once the previous days harvest exceeds 90% or higher in any of the three categories, or the cap is met, the DNR will call an end to the season.

In an attempt to recruit more youth, the minimum age of 14 to purchase a sturgeon spearing license was lowered to 12.

Use of artificial lights of any kind is prohibited while spearing. Underwater cameras may be used, but any lights on the camera must be disabled (turned off, taped over, or non-illuminating). Use of depth Locators is permitted.

Twenty years ago Dan Duester and Ed Schneider decided that this was the perfect opportunity for a celebration.

Keeping up with the tradition, Lake Winnebago and its surrounding communities come together for a celebration of this prehistoric fish creating winter wonderland with music, ice skating, broomball, ice bowling, food and drink, kiteboarding, bonfires, ice sailing and more all out on the frozen lake.

This time was also taken to cut their spearing holes.  Using chainsaws, rectangles were cut in various sizes but none may exceed 48 square feet.  Groups of people then helped each other out as they pushed the mammoth ice squares down and under the ice, leaving the hole clear for spearing.

Competitors often jump twenty feet into the air and can ride for hours at a time without gas or steam engines.