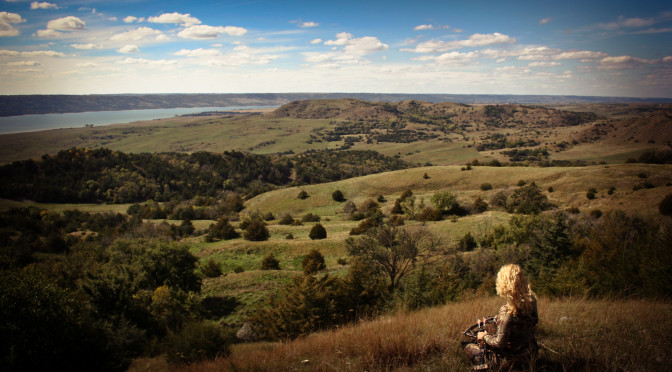 This list could really apply to male or new hunters as well. But as a woman there have been several things I’ve learned over the years and my first Do It Yourself Solo hunt changed me forever. There’s nothing wrong with hunting in a group or with another person, I thoroughly enjoy those experiences as well. However, I believe there are a few undeniable reasons hunters should take their game to the next level and experience the overwhelming sense of “I can” after a solo hunt.

There is nothing more exhilarating that watching the sun come up and waiting in heightened anticipation for a shot opportunity. You may not think you’re an adrenaline junkie until your first really exciting solo hunt. You’re on your own, there’s no one to help you/guide you/do it for you. The fate of the hunt is squarely in your hands.

When I ask women why they are afraid to hunt alone, more often than not the answer is “I’m not comfortable going out by myself.” When I press them as to why they feel “uncomfortable” many of them can’t really explain why, only that they just wouldn’t feel comfortable.

I chalk it up to lack of confidence.

Whether you agree with the statement or not, we have been raised to think of women as the weaker sex. And in some regards that statement is true. I certainly do not have the upper body strength that a man does. Even for someone like me who was raised in a household that beat the “you can be/do anything you want to” mantra into my head from the day I was born; I still find myself thinking “that’s a man’s job” for certain things. There’s really no reason I can’t do it; I just lack the self-confidence to feel comfortable doing it.

Self-confidence is something that constantly needs refining, it constantly needs work, and even if you don’t have much of it – it definitely can be learned. A hunt by yourself is a great confidence booster. The feeling of “I did it” or the knowledge that you conquered that canyon or mountain is a pure dose of positive energy.

Turn off the phone and unplug from your daily life.

No family pulling at you, no work demanding your attention. No tv to kill your brain cells, no facebook to kill your soul.

Sitting silently, listening to birds chirp and bees hum is a proven de-stresser. It literally helps to reduce Cortisol (the stress hormone), it literally makes you happy. Even when it’s bitterly cold, you’ll find yourself appreciating the lonely echo of the crow’s call as it bounces off the trees around you, the bite of the cold as you take a breath of pure oxygen rich air instead of the recycled air you breath in the office! 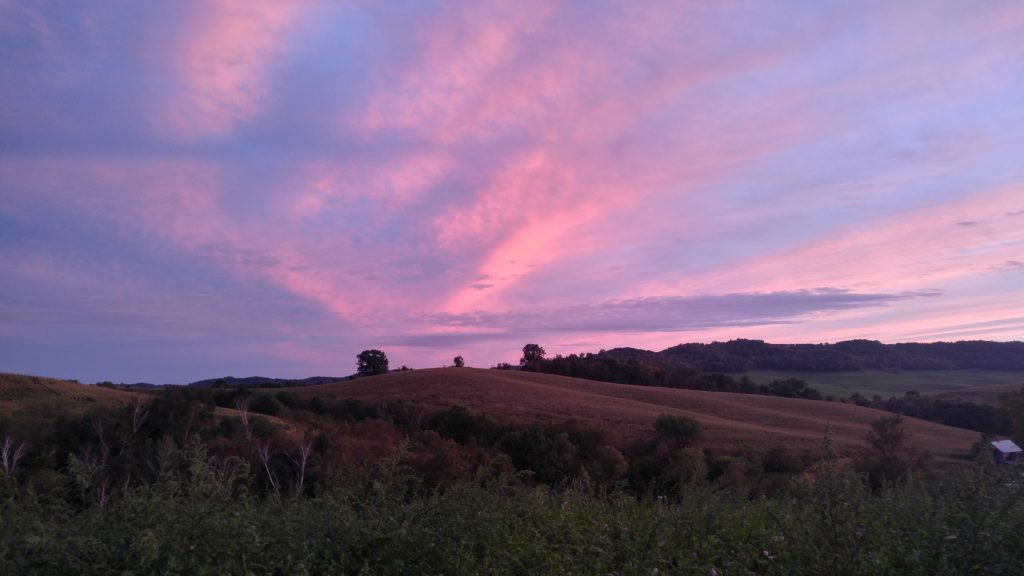 You can awkwardly fall down twenty times, you can struggle to put up the tree stand, you can get lost and turn yourself around three times and there’s no one to laugh at you, there’s no one to make fun of you or roll their eyes at you. That is a pretty big check in the plus column.

Seriously – there is NO PRESSURE.

If you want to go around the field instead of across it – you can.

If you want to sit at the top of the canyon instead of down in it – you can.

You don’t have to compromise because no one’s there to try and force you to do anything you don’t want to do.

It goes without saying that I am a pretty assertive woman, but when I’m hunting with someone I tend to acquiesce to their style of hunting or their decision even when I feel it’s the wrong choice to make. 99% of the time the reason for that is I don’t want to be the reason we missed a shot opportunity. It’s my own lack of self-confidence.

When you hunt alone – if you choose the right spot that’s great. If not – who cares?

At least you don’t have someone blaming you for them not getting a deer. Instead of worrying “will they be mad at me because I chose this spot” or “I really think we should sit there but he’s pretty adamant this is the right spot but I’m just not sure but whatever if we don’t get anything that’s fine nope this wasn’t the right spot why didn’t I speak up????” you can focus on “ok that wasn’t the right spot; why wasn’t it and where should I sit tomorrow?”

You can go at your own pace. If you want to walk slowly or super quickly – you can. There’s no one telling you to hurry up or slow down.

Not everyone is in the same physical condition; the person you’re hunting with might run 10 miles a day and struggling to keep up with someone not only sets the mood for the day but also induces sweating.

Hunt alone and I promise you’ll have better scent prevention. 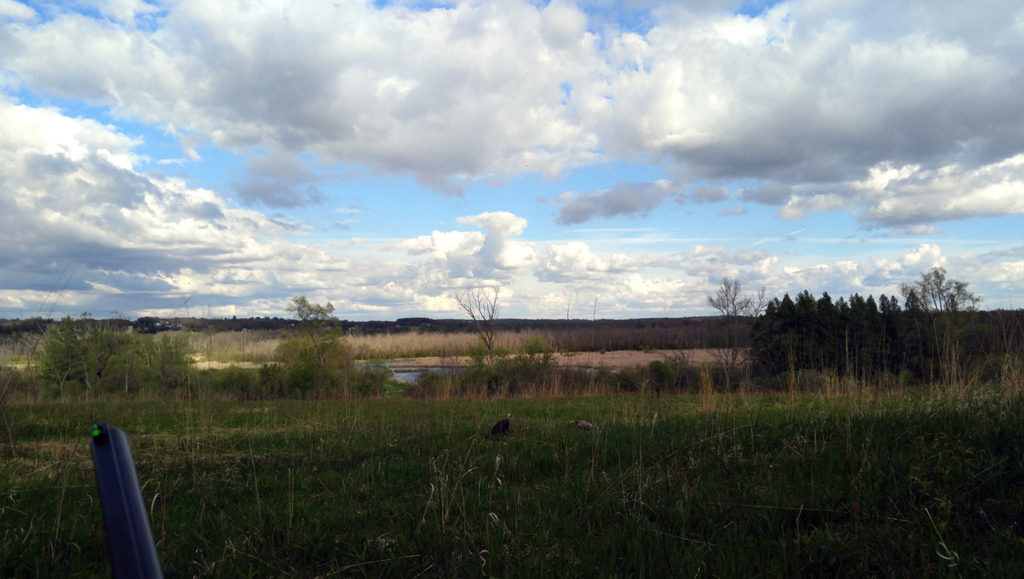 Nothing forces you to be more aware of what you might need than the thought of being out there alone. The list that forms in your head will be pretty impressive, and it’s a very different list than when you have dad or husband or brother as a safety net if you forget something.

Yep, it IS scary.

I won’t lie to you. When I went to South Dakota I was extremely nervous. I was traveling to a state I’d never hunted deer in before, to an area I’d never been to, to hunt a species of deer I’d never even seen.

But I learned to embrace that “scariness”. It’s ok to be scared of something as long as you don’t allow that fear to control you.

It was scary. So what? If I did it again would it still be scary? Of course. But I know that fear is imagined because yes – a million things could go wrong that would leave me broken or dead. I am also sure that my horse could kick me in the head, I could get t-boned by a driver who was texting and I could get bit by a rabid squirrel while working in my garden.

If I allowed “fear” to keep me from doing everything scary I’d live in a safe room 365 days a year.

Fear limits your full potential – and I’m here to tell you that male or female – you have the potential to do anything you want. Including a DIY Solo hunt.

The planning, the organizing, the scouting, the gutting, the doing…it’s all on your shoulders.

And when you’ve successfully planned, implemented and brought home an animal after gutting it and dragging it yourself – you will feel like a million bucks.

You may even get ridiculously lost all night long in a pitch black canyon in the rain.

You may fall and break a leg and literally have to drag yourself all the way back.

You may shoot a monster buck that tumbles 300 feet down into a deep ravine and you have to painstakingly inch it back up and then drag it to your car.

And that despite a mishap you figured it out.

Or that you walked through every painstakingly careful step, and your plan (YOUR plan) worked and you did everything on your own.

Why would you throw in the towel and give up when there are so many ways to succeed? The only way you fail while hunting is by not going. Even if you give it a half assed attempt you’re still giving it a shot.

Failure is NOT sitting all day/weekend/week and not seeing a single animal.

Failure is NOT “falling short” in comparison to your facebook friends and the photos of the 175” deer selfies they’re posting.

Failure IS being too chicken to get out there and do it.

Failure IS needing to rely on someone else to validate you as a hunter.

Failure IS sitting on the couch scrolling through your facebook feed knowing you could be out there but you’re just not.

Have I missed any reasons?