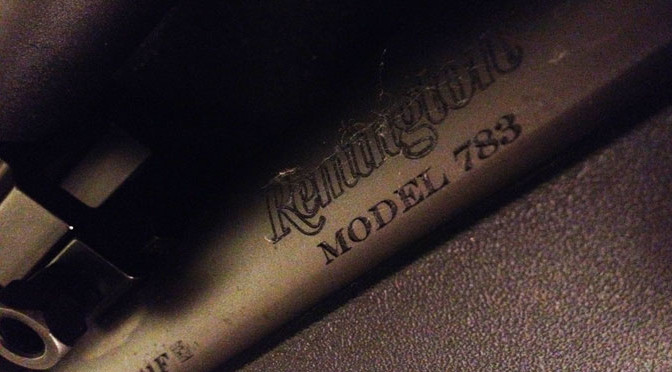 Welcome back outdoors world, thank you for stopping back to The Willes Way! If you look back at an article I wrote early last year, “Rifle Shopping for the Average Joe“, you know after my research, I purchased a Remington Arms Model 783 7mm. I had high expectations for this gun, all I needed was some time in the woods with this firearm to confirm I’d made the right choice. Here is what I learned.

Choosing a Center Point scope, I took the rifle to the range so I could get plenty of rounds through it before deer season. I used a Coldwell Led Sled which helped to quickly get zeroed in. Confident in the fact it was now properly sighted in, I moved the rest off to the side so I could shoot in other more natural shooting positions. The gun shouldered well, and felt very well balanced and stable, but my biggest joy was pulling the trigger.

The kick on this gun is handled very well, the recoil was minimal. I’ve shot 30-30’s that had considerable more kick than the Remington 783. I have experience shooting several different 7mm rifles in my life and the unknown recoil of that first shot generally makes me nervous. This one was very smooth shooting and had a surprisingly comfortable amount of recoil.
The second thing I liked about shooting this gun was the trigger. With Remington’s custom new CrossFire trigger, it made for a smooth crisp pull that made it easier to obtain better accuracy. The trigger pull to me is one of the nicer mechanisms I used over my time.

I was able to successfully harvest a deer with this rifle during the 2014 deer season.

While hunting in central Wisconsin, I harvested a doe. I was hunting from a small ladder stand over a standing corn field. The deer came in at 50 yards and I had to turn my body to the right. As I am right handed; this is quite a feat in a tree stand – right handed shooters have an easier time shooting to the left. I lined up my shot, pulled the trigger and when the doe stopped she never took another step. The gun shot flawlessly and the bullet hit it’s mark. But best of all, from the contorted position I was in; the gun was still comfortable to shoot and the recoil did not threaten to knock me from my stand in the process.

Now let me flip the script for a minute. This is an affordable rifle, priced around $400. It is not a $1500 custom firearm. There are a lot of pros to this gun. What about the cons? 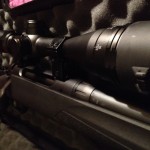 There had to be some bad points.
Yes there are a few things I did not like about this gun. First is the action. While I felt this was a comfortable action with a bolt that is easy to access, for me it was not the fastest or the smoothest bolt I have fired.

Hunting the swamps of Wisconsin generally requires access to a very fast second shot. The faster I can be get my sights back on my target after sending the first round the better. The action seemed to hang up on me and force me to jiggle to bolt to rock in a shell. That took my focus off of my target making the potential for a quick second shot very difficult.

The second thing I did not like about this gun was the durability of the finish. I will be the first to admit I am as hard as they come on my outdoors tools, and my firearms are no exception. The amount of time my equipment spends in dense, thorny, daunting northern woodland swamp is considerable. The rough terrain in which I hunt will put a beating to anything.

The gun was placed in my safe directly after purchase. After about two months I took it out to mount the scope and was dismayed to find the barrel and block had rust on it already. This piece had never been exposed to outside elements and it was already pitted. While I blame that on higher humidity in my safe during the summer, I feel it still it should have held up better.

Unfortunately the finish seemed to scratch very easily in the woods as well. I do not buy guns for looks, and consider a rifle a tool, not a toy, so appearance does not bother me too much. I take pride in my tools and consider scratches and marks a testament to its use over the course of a few years. 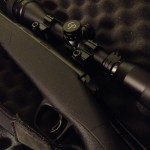 So I was thinking, what kind of scores could I give this gun?

To be clear, I am not comparing this to high end rifles. I make this comparison to guns in it’s own league. Obviously if you compare this to a $1500 custom, this gun would score a 2 or 3, but most of us prefer a more reasonably priced rifle. As always I am looking out for average guy, not the 1%.

I do like this rifle. It does the trick and survived my hunting season well. I would recommend this rifle and I am sure it will get a lot more use in the future.

MSRP: $399.99 at Cabela’s. I found mine on sale at Scheels for a better price so always remember to shop around before you buy.

Performance: 4 This gun performed rather well for me. It never misfired or jammed and it dropped the first deer I pulled the trigger on. But the action and the durability of the finish detracts from a posdible 5 rating.

Ease of Use: 3 With a second shot potentially crucial for me, this is not a good action for me. But he lack of recoil and the exemplary trigger mechanism redeems it a bit in this category.

Value: 4.5 While I purchased this on sale, at the price I paid I would put the value at a 5. But with the average retail MSRP drops it to a 4.5. It is a good value for the money, but there are cheaper ones to be found.

Hope you found this helpful when you go look new hunting rifles. Let me know what you think. Thanks for stopping by!